“Betty Ann.” He listened in pain for something, for anything, for an answer. There was nothing. Not a sound. He dabbed at his lip with his handkerchief, slowly rolled his recliner back to its upright position and stretched out in it for ... 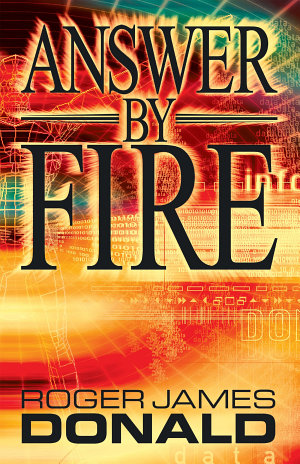 Answer By Fire begins approximately fifteen years into the future and Miguel Longfire, an admired European politician, is assassinated. He is a perfect specimen for the new techno-neurological procedure known as Critical Biogenetronics Reclamation. The procedure has been performed on other specially selected candidates, but without success. LongFire is the first one on whom the operation took hold. His revival, and acquired brilliance, astonishes the watching world. Daniel Samson, a successful middle-aged editor at the Universal Times, loses his family along with a baffling mass disappearance of people. The remaining world population, including Daniel and many of his colleagues at the Times, is horrified. Daniel is determined to unravel the mystery, which has become known as The Event, as well as find his family: Betty Ann, Todd and Barbie. For many years Betty Ann had warned Daniel of this very time: the time the Scriptures call The Time of Jacobs Trouble. In his desperation, Daniel finds a message in Betty Anns Biblesomething he has never readand it gives him the direction he needs. Daniel and Adamm Oakes, colleagues at the Universal Times news machine, draw swords in the third chapter and never put them down. Adamms father, a small town preacher, has taken his own life and Adamm believes Daniel is responsible. Miguel Longfire (the new president) acquires the manysided Universal Times, now the most dominant news machine in existence, and promotes Adamm to manage the entire operation. As a result, Daniel is driven from his comfortable Pennsylvania lifestyle. He is forced across the entire country to the back streets of Los Angeles where he survives in exile with other refugees. In this three-dimensional story, the never-changing world of prophecy collides with the ever-changing world of advanced technology. Daniel and Adamm struggle in and out of both worlds stealthily and perilously. Adamm now has access to an array of high tech devices. He uses Madboy, a laser firing satellite, to lionize Miguel Longfire and pursue Daniel, with the intention of bringing him to an endrevenge for his fathers death. Daniel and his renegade group, struggle to escape the high tech threats of Adamm Oaks and his team of technicians. They work their way through the back streets of Los Angeles, surviving on whatever they can acquire from supermarket dump bins and from the fallen fruit of trees. Periodically, Biblical characters make brief appearances to alert Daniel and his group that the Lord is coming on a white horse with white-robed soldiers to reclaim the world. Daniel clings to this hope. Finally, Adamm and his technical team catch up with Daniel and his refugees in the concrete-walled LA River and bring him to an end. But in a mystical exchange Adamm loses his own life. In an ultra-dimensional showdown, Miguel Longfire persuades the worlds remaining armies to join forces with him and prevent the Lord from returning. But the Lord does return, and as he promised, he reclaims the world. 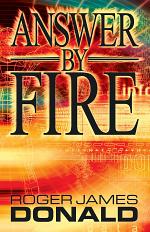 Authors: Roger James Donald
Categories: Fiction
Answer By Fire begins approximately fifteen years into the future and Miguel Longfire, an admired European politician, is assassinated. He is a perfect specimen for the new techno-neurological procedure known as Critical Biogenetronics Reclamation. The procedure has been performed on other specially selected candidates, but without success. LongFire is the 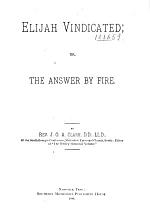 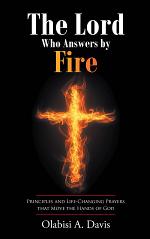 The Lord Who Answers by Fire

Authors: Olabisi A. Davis
Categories: Religion
Let the God who answers by fire proves himself in your life! With all the chaos happening around the world, this is the time to build a deeper relationship with God. We need a prayer life that gives us direct access to the storehouses of God-I mean quick and fast 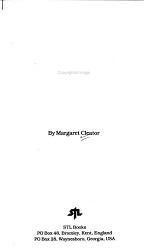 The God who Answers by Fire

Authors: Margaret Cleator
Categories: Christianity
Books about The God who Answers by Fire 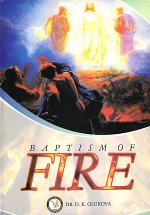 Authors: Dr. D. K. Olukoya
Categories: Religion
Baptism of Fire Life changing books are rare. This class of books comes once in a while. Baptism of Fire addresses a much sought after topic in this generation. The dynamics of the Baptism of fire are offered in a digestible form. The approach is practical. The prayer points are