Scott not only solves the problem of catharsis in the definition of tragedy but demonstrates that Aristotle considers tragedy to be a species of dramatic musical theater rather than of literature.

This book revolutionizes the 1000-year old tradition that stems from the first commentaries on the Poetics by the Arabic scholars. (No commentary exists from antiquity or Byzantine times.) Starting with those scholars, Aristotle's treatise has always been thought to be about poetic-literary theory, with tragedy being its paradigm. Scott demonstrates, however, that Aristotle (c. 384-322 BCE) employs poiesis not in the way universally assumed until now, as "poetry," which the sophist Gorgias only coined in 415 BCE. Rather, Aristotle follows Diotima, who in the Symposium of Plato (c. 424-347) explains poiesis as mousike kai metra (typically "'music' and verses"). One reason Aristotle employs the Diotiman and not the Gorgian sense of poiesis is that not one poem exists in the so-called "Poetics"; another reason is that the definition of tragedy includes "music." Scott subsequently demonstrates that Aristotle considers tragedy not to be a species of literature but one of dramatic musical theater that also requires dance and spectacle. Chapter 2 includes a revised version of Scott's "The Poetics of Performance" (Cambridge University Press, 1999). The book also supplements his arguments of "Purging the Poetics" (Oxford Studies in Ancient Philosophy, 2003), reprinted here as Chapter 5, providing the additional reasons why Aristotle could not have written the clause with the words catharsis, pity, and fear in the definition of tragedy, as a number of internationally known ancient Greek specialists have already been accepting. As part of his reasons, Scott shows that, despite their recent, very admirable paleography, Leonardo Tarán and Dmitri Gutas too often mangle the philosophical interpretations and even some of the philology regarding the "musical" terms, especially when they try to sweep the problems of catharsis under the rug. Also, Tarán and Gutas never even recognize the Diotiman sense of poiesis that Aristotle uses, nor do they recognize the philosophical contradictions with keeping the katharsis-clause. All of this allows a fresh and better reading of the treatise that even with its fundamental misinterpretations has been a major part of the foundation of Western literary, dramatic and artistic theory. UPDATES & ERRATA: www.epspress.com/ADMCupdates.html Contents Volume 1 includes: Plato's meanings of poiesis as "music-dance and verse" and his use of rhuthmos often not as "rhythm" but "dance"; the importance of dance in the state for Plato; Aristotle's agreement with his mentor on the meaning of the musical terms and the requirement of dance not only in the Poetics but in the Politics, along with the proof that Aristotle considers tragedy to be a species of dramatic "musical" art, not literature. 364 pages. List: Hardcover $68; Softcover $48. Volume 1 is available at www.amazon.com/dp/0999704923 Volume 2 (this book) includes the issues of catharsis, pity, and fear, and a complete rebuttal of the only attempted rigorous reply (by Stephen Halliwell in Between Ecstasy and Truth, 2011) to "Purging the Poetics." This volume also contains: Aristotle's response to Plato without catharsis; comedy; whether or not the principles of "musical" dramatic theater can be applied to art forms like literature and cinema; the history of the Poetics with regards to the two fundamental misconceptions; Bibliography; and Index for both volumes.

Authors: Gregory L. Scott
Categories: Aesthetics, Ancient
This book revolutionizes the 1000-year old tradition that stems from the first commentaries on the Poetics by the Arabic scholars. (No commentary exists from antiquity or Byzantine times.) Starting with those scholars, Aristotle's treatise has always been thought to be about poetic-literary theory, with tragedy being its paradigm. Scott demonstrates,

Authors: Gregory Scott
Categories: Aesthetics, Ancient
This book includes a translation and commentary on the Greek text known as PERI POIETIKES. The translation interprets the Greek following Diotima of Plato's SYMPOSIUM for the first time ever. She explains the most fundamental term poi?sis as "'music' and verse' rather than what the tradition assumed since the first

Authors: Gregory L. Scott
Categories: Aesthetics, Ancient
Generations of readers have taken Oedipus to be Aristotle's paradigmatic tragedy, based on Poetics 13, where Aristotle says a moderately good man who makes a mistake (hamartia) is the cause of pity and fear. Yet in Chapter 14 Aristotle explicitly states that the Oedipus-type play is second-best, after the type 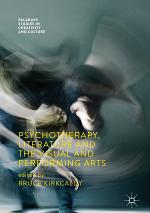 Psychotherapy, Literature and the Visual and Performing Arts

Authors: Bruce Kirkcaldy
Categories: Psychology
This book explores the relevance of literature and the performing and visual arts for effective clinical psychotherapy. There is a growing interest in the use of the arts in psychotherapy, in part due to an increasing awareness of the limitations in verbal communication and scepticism towards traditional forms of medical 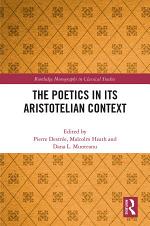 The Poetics in its Aristotelian Context

Authors: Pierre Destrée, Malcolm Heath, Dana L. Munteanu
Categories: History
This volume integrates aspects of the Poetics into the broader corpus of Aristotelian philosophy. It both deals with some old problems raised by the treatise, suggesting possible solutions through contextualization, and also identifies new ways in which poetic concepts could relate to Aristotelian philosophy. In the past, contextualization has most