They go from lake to lake, often staying a long while on the same one. But what did this one do, Janet?” “Oh, Lola and I were just dabbling our hands and arms while we waited for you to fasten the boats,” answered Ted's sister, ... 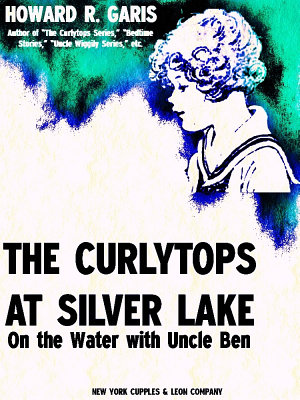 Example in this ebook CHAPTER I SKYROCKET IS GONE “Mother, make Trouble stop!” “What is he doing now, Janet?” asked Mrs. Martin, looking up from her sewing and across the table to where her three children were playing a button game. “Oh, he’s doing everything!” said Teddy, shaking a finger at his funny little brother, who was smiling and holding something in his tightly closed fist. “He’s got some of my buttons, and he——” “Yes, and he knocked a lot of my buttons down on the floor,” added Janet. “And he——” “I must have all de wed buttons!” interrupted Trouble himself. “Wed buttons all mine—I goin’ to put ’em on a stwing!” and the little boy, whose name was William, but who was more often called “Trouble,” made a grab for another red button which he saw in a pile in front of his sister Janet. “Don’t take that!” cried Janet. “Ma—I mean Mother—please make him stop!” and she tried to push Trouble’s hand away. “Wed buttons all mine!” cried Trouble, just a trace of tears coming into his eyes. “No, Trouble,” said Ted, more gently. “Let sister have the red buttons. We’re playing a game with them. I’ll let you take all the white buttons!” “I want wed buttons!” wailed Trouble, and as he still tried to get a handful of them from Janet, and as Janet was doing her best to stop William from doing this, there was a little scramble at the table. Trouble’s hand slipped, the buttons slid across the smooth oak boards and fell with a clatter to the floor. “There! Now look what you did, Trouble Martin!” cried Janet, as she leaned back in her chair. “All the nice buttons are on the floor!” Trouble seemed much surprised by what he had done. He opened his fat little fist, and out rolled more buttons, some of which rattled to the floor. “Oh, Mother, he’s spoiling all our game!” said Janet. “Please make him stop!” “I’ll pick up the buttons,” said Teddy, with a sigh. “I guess this is about fifty times I’ve done it to-night.” “Oh, hardly as many as that, I think,” said his mother, with a smile, as she thrust her needle into the cloth she was sewing. “You must not exaggerate, Teddy.” “What’s zaggerate, Mother?” asked Janet. “Is that a new game you can play with buttons?” “No, dear,” answered Mrs. Martin, as she laid aside her sewing and looked at the clock. “To exaggerate means to tell what isn’t exactly so so as to make anything seem bigger than it is. Now I don’t really believe you have picked the buttons off the floor more than five times to-night, have you, Teddy?” she asked. “Well, maybe it was—maybe it was—six!” replied the curly-headed little lad. “And you said fifty!” laughed his mother. “That’s exaggeration—making a thing too big, Teddy, my boy!” “Mrs. Henderson that lives across the street is zaggerated, isn’t she, Mother?” asked Janet, as Teddy was busy picking up the buttons Trouble had knocked to the floor. “Mrs. Henderson exaggerated? Why, Jan, what do you mean?” asked Mrs. Martin. “I mean she’s awful big—fat, you know,” explained the little girl. “She’s zaggerated all right, isn’t she?” “Oh, it doesn’t mean that at all!” said Mrs. Martin, trying not to laugh. “And you mustn’t say ‘awful’ when you mean only ‘very much,’ Janet. That’s exaggeration, too. But, Trouble, I think it’s time for you to go to bed. I’ll take him upstairs,” she said to the two older children, “and then you can play your game a little longer without any one to bother you. Come, Trouble, dear!” To be continue in this ebook 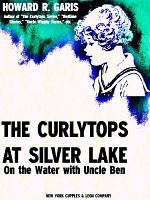 Authors: Howard Roger Garis
Categories: Lakes
Example in this ebook CHAPTER I SKYROCKET IS GONE “Mother, make Trouble stop!” “What is he doing now, Janet?” asked Mrs. Martin, looking up from her sewing and across the table to where her three children were playing a button game. “Oh, he’s doing everything!” said Teddy, shaking a finger
Language: en
Pages: 250

The Curlytops at Silver Lake, Or, On the Water with Uncle Ben

Authors: Howard Roger Garis
Categories: Lakes
"The Curlytops camp out on the shores of a beautiful lake."--publisher's ad. 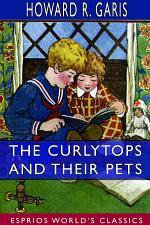 Authors: Howard Garis
Categories: Lakes
Mother, make Trouble stop!" "What is he doing now, Janet?" asked Mrs. Martin, looking up from her sewing and across the table to where her three children were playing a button game. "Oh, he's doing everything!" said Teddy, shaking a finger at his funny little brother, who was smiling and